Genetic analysis reveals 300,000 years of cave occupation by ancient humans and animals of the Ice Age

In a landmark study, scientists from Australia, Germany and Russia used ancient DNA recovered from sediment samples from Denisova Cave in Siberia to reveal a detailed professional history of this unique three-dimensional site. distinct groups of ancient humans and a variety of animals in the past. 300,000 years old.

At the foot of the Altai roller coaster, Denisova Cave is famous for being the site where the fossil remains of an enigmatic group of archaic humans dubbed the Denisovans were first discovered. It is the only site in the world known to have also been inhabited by their evolutionary close relatives – the Neanderthals – and by early modern humans.

Over the past 40 years, Russian archaeologists have recovered a dozen Denisovan and Neanderthal fossils from the cave – including a bone from the daughter of a Neanderthal mother and Denisovan father – but no modern human fossils. was not recovered from the deposits. The scarcity of human fossils has thwarted attempts to establish which humans occupied Denisova Cave at various times in the past and which group made the stone tools and other artifacts extracted from the deposits.

In this new study, an interdisciplinary team of scientists brought together by Professor Michael Shunkov from the Institute of Archeology and Ethnography (Siberian branch of the Russian Academy of Sciences), including geochronologists from the University of Wollongong ( UOW), reveals the sequence of human occupation of the cave – along with other cave animals including bears, hyenas and wolves – from genetic analysis of more than 700 sediment samples.

The research, published in Nature on Thursday, June 24 (AEST), is the largest analysis ever performed on sedimentary DNA from a single site. 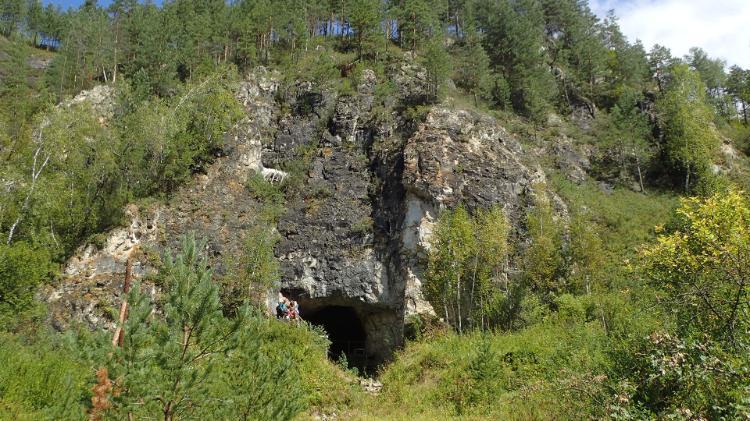 The entrance to Denisova Cave in the Altai Mountains in Russia.

The identification of ancient human DNA in 175 sediment samples greatly expands our knowledge of Denisovans and Neanderthals at the site, and also provides the first direct evidence of modern humans at Denisova Cave.

Researchers found that the Denisovans inhabited the cave, intermittently, from 250,000 years ago until 60,000 years ago, and were responsible for the first stone tools found at the site.

Neanderthals first appeared around 200,000 years ago, with a special variety of DNA that was previously unknown and that was extinct 40,000 years ago – at the time of their demise elsewhere in Eurasia.

The ancient DNA of modern man first appears in sediments deposited about 60,000 to 45,000 years ago.

â€œDNA analysis of sediments provides a wonderful opportunity to combine the dates we previously determined for the Denisova Cave deposits with molecular evidence for the presence of people and wildlife,â€ said Prof Roberts.

â€œSimply collecting hundreds of samples from the three cave chambers and documenting their precise locations took us over a week, but we got a full set of samples spanning over 300,000 years of age. ‘Siberian history, “said Professor Jacobs.

The new study builds on the detailed timeline obtained from optical dating of Denisova cave sediments at UOW, published in Nature in 2019.

“The timeline generated previously for the cave sediments allowed us to choose the best locations to collect the DNA samples and make the most of the extraordinary information from the sediment DNA,” said Professor Jacobs.

At the Max Planck Institute for Evolutionary Anthropology in Leipzig, doctoral student Elena Zavala, lead author of the study, extracted and sequenced small traces of ancient human and animal mitochondrial DNA from the huge collection of samples.

“These efforts paid off and we detected DNA from Denisovans, Neanderthals and ancient modern humans in 24% of the samples,” she said.

Modern human DNA first appears in the initial Upper Paleolithic layers, which contained pendants and other adornments made from animal bones and teeth, mammoth ivory, ostrich egg, marble and precious stones. â€œThis not only provides the first evidence of modern humans at the site, but also suggests that they may have brought new technology to the region with them,â€ Ms. Zavala said.

Scientists also found animal DNA in almost all of the samples and identified two periods when changes occurred in animal and human populations. The first, about 190,000 years ago, coincided with the change from relatively warm to relatively cold conditions, when the populations of hyenas and bears changed and Neanderthals first appeared in the cave.

The second major change occurred between 130,000 and 100,000 years ago, with a change in climate from relatively cold to relatively warm conditions. During this period animal populations changed again, the Denisovans became extinct, and the Neanderthals remained the sole human occupants of the cave.

“The coincidence of these population changes with climatic transitions between interglacial and glacial periods suggests that environmental factors have played a key role in the evolution of human and wildlife history in this region,” said Professor Roberts.

Professor Matthias Meyer, leader of the Advanced DNA Sequencing Techniques group at the Max Planck Institute for Evolutionary Anthropology and lead author of the new study, said: â€œBeing able to generate such dense genetic data from an archaeological site is like a dream come true. There is so much information hidden in the sediment – it will occupy us, and many other geneticists, a lifetime. “

/ Public distribution. This material is from the original organization and may be ad hoc in nature, edited for clarity, style and length. See it in full here.